About The Fire Department 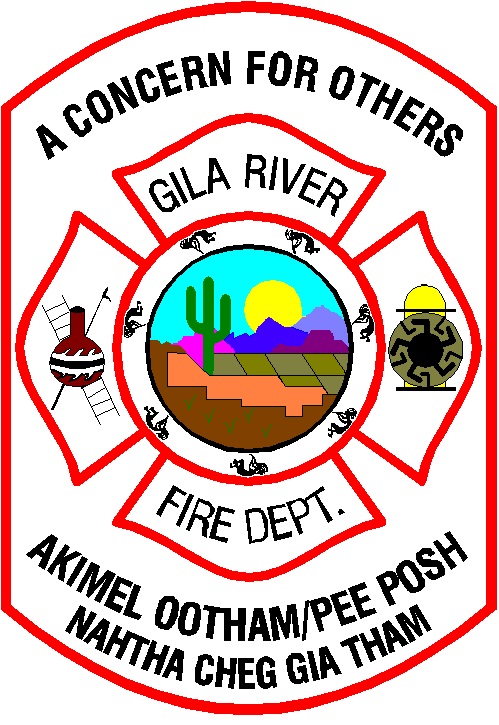 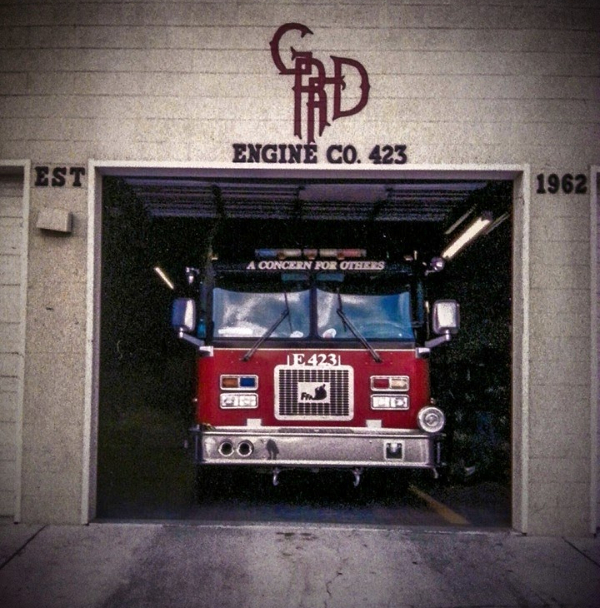 The Gila River Fire Department came into existence between 1955 and 1962 as a very small volunteer government agency with limited resources. In order for the volunteer agency to respond to the vast expanse of the community, the agency was organized into separate regions with a seperate fire chief over each area. The regions were in Komatke (District 6), Vah-Ki (District 5), Guu-Ki (District 3), and Uhs-Kehk (District 1). These fire chiefs were responsible for training and mobilizing the volunteers in their areas for the emergencies of GRIC. For nearly 40 years, the volunteers courageously answered the call of distress for their community and family members. We would like to extend our gratitude to all past fire chiefs: Lawrence White, Cecil Antone, Dave Halverson, Beryl Lewis, Robert Lewis Sr. and all the former volunteer firefighters and fire chiefs of GRIC.
In 1994, after the introduction of gaming in Gila River and ex­pansion of the Community's Economic Development, the Gila River Indian Commu­nity found it necessary for a full time professional fire department to protect the community and it's assets.
The Community set out to develop the new department and by the end of 1995 two new fire stations were opened making a total of 3. GRFD had become a full-time department and had a complete overhaul in operations. GRFD consisted of 3 Engine companies, E591, E561, and E531, and ambitious plans for a Level A Hazardous Materials Response Team and an all Native American Fire Apprentice Program. Both of these plans came to fruition in 1997. 3 more successful all Native American Fire Apprentice Programs followed in 1999, 2006, and 2008.
Over the course of the past 20 years, the Gila River Fire Department has grown, matured and evolved into a contemporary professionally trained organization . GRFD is an all hazards response agency that protects approximately 600 square miles with four fully staffed Engine Companies out of four fire stations that are strategically placed around the community. Stations 421, 423, 429, and 426 each house an engine along with a type-6 brush engine. Station 429 staffs an Aerial Platform, and a Haz-Mat response apparatus.
GRFD is a tribally operated department that employs professional and highly trained firefighters who provide a wide range of skills for the safety and care of the community. Many great people have trained, taught and left lasting legacies on the day to day operations and responses of GRFD. We thank all for their service, care and protection.

The History of our Badge

The badge worn by firefighters is a symbol of protection and honor and when an individual earns the right to wear it, they join a long tradition of service and courage. The GRFD Maltese is a badge that carries several hundred years of blended O'odham and Miligan (Caucasian) heritage and culture. It originates with The Knights of Malta, an order initially dedicated to caring for the sick and injured in hospice. The order was established in the early crusades of Europe. Centuries later in 1565 on the island of Malta, the Knights were under a great siege where fire was utilized as a primary weapon. Amidst the defense, the Knights banded together to fight the flames and care for their injured brothers. The eight pointed cross became associated with the Order of St. John for their care and stewardship at an early point in their establishment.

The fire service adopted the Maltese Cross post civil war era for the Knights of Malta rep­resented many similar attributes that the fire service possessed.  There are many variations of fire badges that contain the Maltese cross and they typically display traditional tools of the firefighting trade such as an axe and ladder. The different tools represent the firefighter's pre­paredness to accomplish any task that is asked of them. The bugles or fire trumpets, represent leader­ship.  As the amount of bugles increase on an insignia, the higher the rank of that individual. In the 18th and 19th century, fire trumpets or bugles were used to shout out orders on the fire scene by the foreman or engineer. Anyone holding the bugle would be easily identi­fied as the leader of that fire company.

The GRFD Maltese is a blend of traditional firefighter values and O'odham culture and traditions. In the center of the Maltese is the GRIC seal, indicating who our members' dedication is to. There are 7 flute players around the seal which are representative of the 7 districts on the community. The flute player is identified with the entire southwest not just GRIC, and it symbolizes that we are all connected. On the left arm of the cross is a Pii Pash (Maricopa) pottery which was traditionally used as a water container thus the water symbol across the gourd. On the right is a fire hydrant and O'odham basket with a sivlik (whirlwind) design on it. The whirlwind is indicative of the force of the water contained inside the hydrant.

The badge we wear today is a symbol that extends beyond an identification of employment, but rather indicates the dedication to accept the responsibility of placing ourselves between any situation to protect property and lives for the people within the community. The badge a firefighter wears on his/her uniform is a reminder of our stewardship and dedication to the people we serve. The Maltese Cross has be­come a symbol of courage, goodwill and compassion; it as a badge of honor to anyone who earns the right to wear it.

Thank you to former GRFD and GRIC community members Mr. Jiivik Siiki (Adrian Hendricks), Mr. Troy Whitman and Mr. Mario Garcia for instilling much of the department culture and the design of many of our logos. Other sources found here, and here.

About the Fire Department